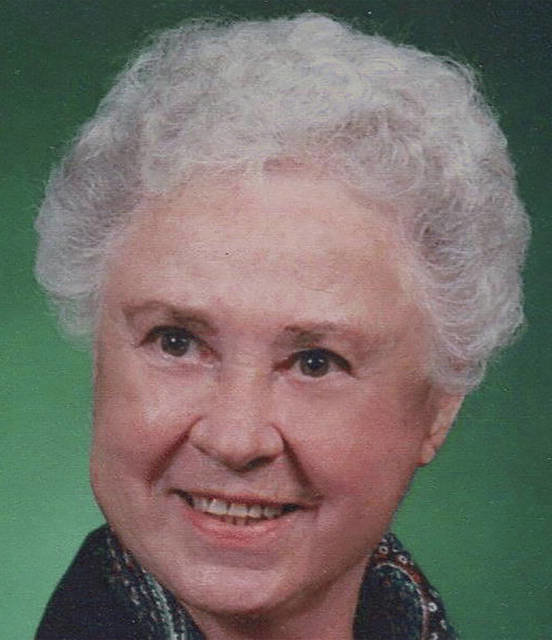 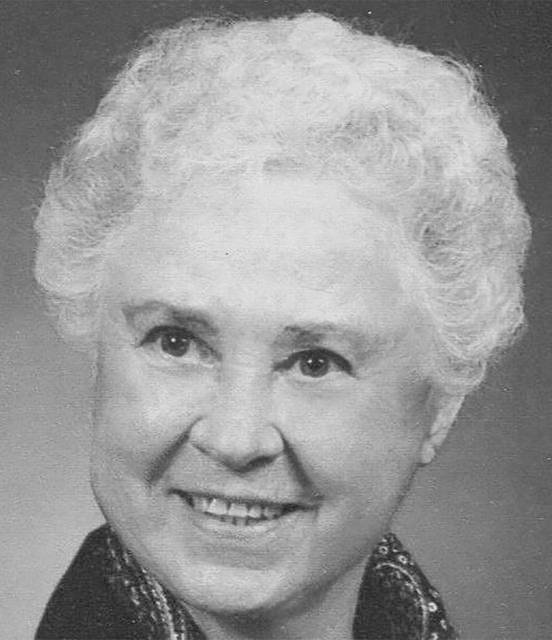 Peggy Lou Seale Harris was born to William Paul and Jimmie Lela Small Seale on June 25, 1924, in Vernon, Texas. She went to be with her Lord and Savior at the age of 95 on April 14, 2020, joining her husband, Billie, and all her brothers and sisters. Her maternal grandparents were William W. Small and Jennie Gertrue Southard Small. The Smalls were parents of 12 children, including Peggy’s mother, Jimmie Lela.

Peggy grew up in Vernon and was educated in Vernon schools. After Peggy graduated from Vernon High School in 1941, she worked as a floor walker for F.W. Woolworth Company and after as a dental assistant.

When the United States entered World War II, Peggy contributed to the war effort by working at Altus Air Base as an electrical instrument mechanic for training planes. The only female in the department, she and two male coworkers developed an electrical testing panel to determine which repairs were necessary on planes returning from war. At the base, Peggy met her future father-in-law, Virgil Harris, who introduced her to his son, 1st Lt. Billie Dowe Harris. The couple married in Tallahassee, FL six weeks before he was deployed to Europe, where he piloted a P-51 Mustang from England to France leading up to D-Day and from France over Germany afterward. A decorated pilot, Billie was reported missing and presumed dead after a mission in July 1944.

In the 1950s, Peggy lived in Boulder, CO for a few years, where she was the only female working at a silver mining company. Later, she worked as a rodman for a surveyor, the only female in that job as well.

In the 1960s, Peggy became a snowmobile enthusiast in a time when the sport was a risky novelty. She was the cover girl for one sport magazine and a freelance writer for several others. A member of the Rocky Mountain Snowmobile Association and a charter member and officer of the North American Snowmobile Federation, Peggy was a recognized expert. As a professional member of National Writers Club and Outdoor Writers of America, she became a spokesperson for the sport.

In 2006, at the age of 82, after receiving a letter from Valerie Quesnel, an official from Les Ventes, Normandy, France, Peggy learned that in 1944, the people of the village had discovered Billie’s plane and body, buried him in the church cemetery, and continued to honor his sacrifice every year. As the village prepared to mark the anniversary of the town’s liberation by Allied Forces, they invited her to join them. Peggy, Billie’s cousin, Alton Harvey, and his wife Gaye made the journey and discovered the full truth of Billie’s final day - he was not “missing and presumed dead,” but actually “killed in action.” Peggy returned to France almost every year after that to visit his permanent grave at the Normandy American Cemetery and to be honored by the people of Les Ventes.

Peggy’s story aired in a two-part series by Steve Hartman on “CBS Evening News.” In addition, she was one of four 2013 Freedom Award recipients honored in Provo, UT, where she was praised for demonstrating “the importance of commitment to family, freedom, God and country.”

She was a member and an elder of First Presbyterian Church of Vernon, where she sang in the sanctuary choir. Her church family meant the world to her. The family would like to thank the members of First Presbyterian, along with the staff at Eagle Flats Village and her caregivers in her final days for their love and care for her.

A visitation is scheduled from 3 to 5 p.m. on Sunday, April 19th at Sullivan Funeral Home. Memorials can be made to the First Presbyterian Church of Vernon and to the W.P. Seale Scholarship Fund at Vernon College.

Let’s hear it for the Bulldogs!

Candidates to file for vacancy in Altus Ward 4